In Episode 50, we have seen how Boghos Nubar, the head of the Armenian National Delegation at the Paris Peace Conference, revealed in a 1918 letter to the French and a 1919 letter to London Times that the Armenians were “de facto belligerents” as they have fought alongside the WWI-Allies on all fronts…” No word about the claim of systematic extermination by the Ottomans.

In Palestine and Syria, Nubar said, where the Armenian volunteers, played a large role in the victory of General Allenby. And in the Caucasus, 150,000 Armenians in the Imperial Russian Army and more than 50,000 of Ottoman-Armenian volunteers contributed to the Ottoman Empire’s loss of a great portion of Eastern Anatolia. While Nubar was revealing these well-known facts, he was striving for a place at the Paris Peace Conference table. Little did he know that they would amount to a massive Armenian confession, that the Armenian suffering was not due to a systematic extermination campaign by the Ottoman government, as deceptively claimed, but due to the treasonable acts of most Ottoman-Armenians as in siding with the invading enemy armies.

In Episodes 51 and 52, I have explored with you, another major Armenian confession, that of the first prime minister of Armenia, Hovhannes Katchaznouni in his Manifesto “The Armenian Revolutionary Federation Has Nothing To Do Any More” translated by Matthew A. Callender, edited by John Roy Carlson, and published in 1955 by the Armenian Information Service in New York. Katchznouni relates how, in the Fall of 1914 when Turkey had not yet entered the war, Armenian revolutionary bands formed in Transcaucasia with great enthusiasm.

They had no doubt that the war would end with the complete victory of the Allies; Turkey would be defeated and dismembered, and Greater Armenia would be established. Katchznouni describes how the Armenians had created a dense atmosphere of illusion in their minds, lost their sense of reality, and brought upon themselves the TERESET (temporary relocation) of the Armenians of Eastern Turkey. He laments that Armenians had not done all that was necessary to evade war.

Again, no word of a systematic annihilation campaign by the Ottomans. Today, I will introduce the third massive confession by the Armenian author Kapriel Serope Papazian of the book “Patriotism Perverted.” This 79-page book, published by Baikar Press in Boston in 1934, reveals the crimes of the ARF, the Armenian Revolutionary Federation, or Dashnak-zoutune and is dedicated to the Armenian victims of Dashnak terrorism. Its significance is in its educational value on the fact that the Armenian community is not- and has never been- a monoblock, homogeneous community of poor, starving, innocent angels, brutalized by those bad-bad Turks for no good reason. This black-and-white, simplistic, stereotypical perception cultivated in the media and ingrained in public minds is obliterated by this book. There are good Armenians and bad (Dashnaks) like in every society. Papazian’s book exposes the true nature of the ARF as a murderous organization that has caused much destruction to those whom the ARF has regarded as ARF’s enemies, as well as the Armenian people themselves.

By committing senseless violence against Muslims, the ARF exposed innocent Armenians to retaliatory massacres. Aggravated by the ARF’s culture of profiteering and corruption, famine and disease claimed the lives of hundreds of thousands of Armenians in the Armenian Republic in the 1914-1920 period. Of course, the power-hungry Dashnaks’ greed, arrogance, and ineptness in starting seditious wars of senseless greed in quick succession has a lot to do with such huge losses of life and property, while the country had thousands of ills that needed attention. A hopeless revolt against the Soviets in 1922, according to Papazian, led to the deaths of tens of thousands of Armenian lives. Papazian sees the A. R. F. “…as an enemy of the nucleus of Armenian political life. It stands isolated and condemned by the Armenian public. Its hands are raised against everybody, its plotting and crimes have rocked the conscience of all decent Armenians and have disgraced (Armenians) before the civilized world.” Papazian dedicated his book “to the memory of those Armenian martyrs who met death at the hands of their brothers.” The wiser Armenians might have seen the light and rejected the ARF. 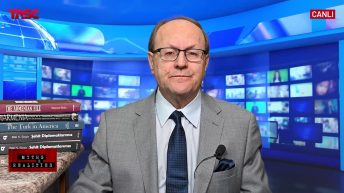 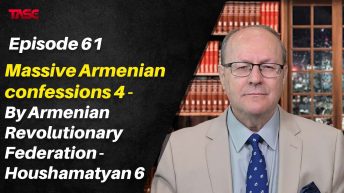 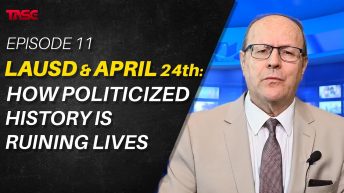