In Episode 37, we have learned that after the December 7, 1941 attack on Pearl Harbor, the FBI arrested 1,291 Japanese-American leaders without any evidence and froze their assets. The following day, President Franklin D. Roosevelt asked Congress to declare war on Japan, which they did by an almost-unanimous vote. In January 1942, the Japanese-Americans were transferred to prison camps in Montana, New Mexico, and North Dakota. They remained prisoners during the entire war. The FBI raided the private homes of thousands of Japanese American residents on the West Coast, seizing their assets like transistor radios and other items considered a risk for the US war effort. Some politicians in the Congress called for mass incarceration of Hawaii’s Japanese population. Japanese-owned fishing boats were impounded. Numerous Japanese-American residents were arrested and 1,500 of them were shipped to prison camps on the U.S. mainland. The incarceration of Japanese Americans is considered one of the most atrocious violations of American civil rights in the 20th century. Lt. General John L. DeWitt’s original plan also included the internment of all Italian-Americans and German-Americans. Fear, not evidence, provoked the U.S. to forcibly send some 127,000 innocent Japanese-Americans to appalling concentration camps in the western interior of the country for the duration of WWII. In contrast, during WWI, the Ottoman-Armenians took up arms against their own government, rebelled, raided, bombed, murdered, plundered, terrorized their Muslim and Jewish neighbors in Anatolia. They aided, abetted, and even joined the invading enemy Russian armies. The Ottoman government took the TERESET decision on May 27, 1915, to temporarily resettle disloyal Armenians, not touching the loyal Armenians, simply to protect the homeland. It was a wartime measure to mitigate a serious threat to homeland security and Ottoman war effort. Japanese posed no such threat and committed no war crimes in the US. Comparing the two experiences, therefore, if not based on ignorance and gullibility, is absurd, dishonest, and racist. In this Episode 38, I would like to share with you a rebuttal I sent to the newspaper called Fresno Bee, located in Fresno, California, which published an article on February 14, 2015 by a Japanese-American, David Mas Masumoto, titled “Forget-me-not: honoring the history of Japanese and Armenian Americans.” Here it goes: Japanese-Americans during World War II were loyal to America; Ottoman-Armenians during World War I were mostly disloyal to the Ottoman Empire. We are not only talking about simply Armenians putting their “Armenianism” before their “Ottomanism,” which could be tolerated in times of peace. We are talking about Armenians taking up arms against their own government, fighting against their Muslim and Jewish neighbors, while the super-powers of the time (Britain, France, and Russia) were dead set on destroying the Ottoman Empire and dividing its real estate amongst them. While Japanese-Americans risked their lives during WWII, above and beyond the call of duty, to defend America, even in the face of painful prejudice against Asian-Americans, Armenian did just the opposite, betraying their own government, murdering fellow citizens, and neighbors. While 33,000 Japanese Americans served in the U.S. military during World War II and the 100th/442nd Infantry Regiment became the most decorated unit in U.S. military history, most Ottoman-Armenian history between 1862 an 1922 is replete with massive armed rebellions, raids, bombings, assassinations, terrorism, territorial demands, and Turkish suffering. All this resulted in the 1915 TERESET (Temporary Resettlement) wartime decision by the Ottoman Government to mitigate the serious Armenian threat to homeland security and war effort. Armenians had many secret and violent organizations between 1862 and 1922, like Union of Salvation (1872, Van) Black Cross Society (1878, Van) Pashpan Haireniat (1881, Erzerum,) Armenakans (1885, Van,) Hunchakian (1887, Geneva,) Dashnakians (1890, Tiflis,) and many more. How many terror groups did Japanese-Americans establish? None! In 1942, an Army committee recommended against forming a combat unit of Japanese Americans, citing “the universal distrust in which they are held.” But the Ottomans held Armenians in high esteem and called them “millet-i sadika”, the loyal nation. The foreign minister of the Ottoman Empire until 1913 was an Armenian named Noradunkian. While Americans distrusted Japanese-Americans, the Ottomans trusted Ottoman-Armenians. And while Japanese stayed loyal to America, most Armenians backstabbed the Ottoman Empire. Can you see the stark contrast here? 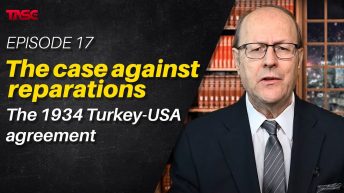 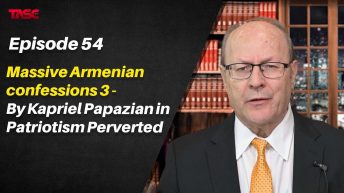 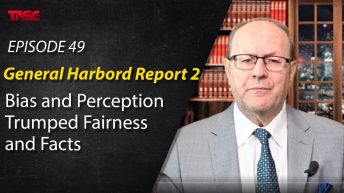