Arnold Joseph Toynbee was a British historian, born in London in 1889.  He attended Balliol College, Oxford University.   Toynbee’s conversations with his son Peter were written in a book. There Peter asks his father “What is your first book?” Toynbee replies “I started writing my first book before World War I. It was published in 1915 or 1916 and titled ‘The Nationality and the War.” Toynbee’s first book was actually a 159-page book of war propaganda that he is too embarrassed to mention among his works.  Toynbee tells his son Peter that his second book is ‘Western Question in Greece and Turkey’, which was published in 1922.  Ironically, on page 50 of that book, Toynbee confesses that the Blue Book was war propaganda.  He repeated that when he visited Turkey in 1948:  “ If the French had not supported the Armenians, and if the British did not support the Greeks, there would not be a Western Question.”  In his 1976 book “Choose Life” that Toynbee co-wrote with Ikada, Toynbee opined: “‘The Americans were surprised in Vietnam when they noticed that the Vietnamese were not animals but human beings.”  Professor Hikmet Ozdemir thinks this awareness is how A. Toynbee, Bryce, and others felt about the Turks and Ottoman Muslims when they met them during World War I.  In his 1915 book Nationality & the War, Toynbee proposed post-World War I peace settlement based on the principle of nationality.  In his 1916 book “The New Europe: Essays in Reconstruction, “ Toynbee criticized the concept of natural borders for providing a justification for additional wars. Facilitating free trade, partnership, and cooperation between various neighboring countries would reduce the need for countries to expand due to the interconnectedness of their economies.  If this were true, globalism should almost eliminate wars.  We know today that that is not the case. Globalism has its own and different kind of conquests with its new tools like investments, divestments, boycotts, and sanctions leading to industrial alliances, trade camps, and polarization. While Toynbee was busy writing propaganda material known as the Blue Book, defaming all Turks and making all Armenians appear as helpless angels, he was also proposing that Tsarist Russia annex Eastern Anatolia.  It must be easy to sit at a table, like Toynbee did, open the map, and just draw lines across it as international borders, as in the Sykes–Picot Agreement of 1916, a product of British and French collective greed, arrogance, and hubris.  Lecturing others from his high horse, Toynbee suggests that Tsarist Russia should carve out much of the Ottoman East, with millions of Muslims, mostly Turks, on it and happily rule there ever after.  Whatever happened to the self-determination rights of Turks?  If this is not the epitome of prejudice, what is?  Because this right was not extended to the Muslims of the Ottoman Empire, the Paris Peace conference could only produce that stillborn Sevres Treaty on August 10, 1920.  This same criticism is also directed at President Woodrow Wilson for suggesting a greater Armenia on Ottoman lands where the Armenians would be a minority.  The truth is, self-determination rights were offered to Christian communities, not the Muslim ones.  Call it hypocrisy, prejudice, hubris, arrogance, or whatever you like.  That is why the Turks, insulted and humiliated by the Sevres Treaty, ripped that Sevres treaty apart revved up their war of independence with a great conviction, passion, commitment, and sacrifice.  When asked by Martyn Day in the British Parliament the written question # 41788 on July 4, 2016, whether the government plans to recognize the mass killings of Armenian Christians by the Ottoman Empire as genocide, Mr. David Lidington on July 12, 2016 responded as follows: “It is the policy of the UK government that recognition of genocide is a matter for judicial decision, rather than  for governments or non-judicial bodies.  While the terrible suffering cannot be forgotten and we must continue to remember and honor the victims of the past, we believe the UK’s priority today should be to promote reconciliation between the peoples and Governments of Turkey and Armenia and to find a way for these two countries to face their joint history together.”  This is a right and honorable position for any decent government to take.  President Biden failed this test of principles.  He could not overcome his ethno-religious bias against Turks and Islamophobia and the constant pestering by the dishonest and racist Armenian lobby and uttered the G word on April 24, 2021.  A date that will live in infamy. 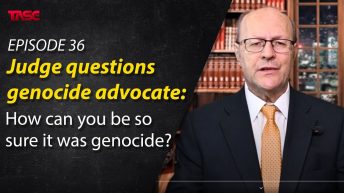 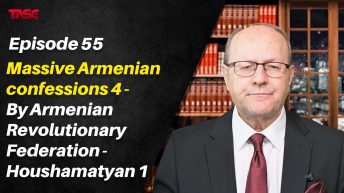