The Armenian confessions series started with Episode 50, where we learned from Boghos Nubar Pasha’s letters to the that the Armenians have been, since the beginning of the war, ‘de facto belligerents’ as they have fought alongside the Allies on all fronts. These letters sum up why the Ottomans, who were fighting for their survival on many fronts had to remove out of the war zones the Armenian rebels and their logistic base. In Episodes 51 and 52, confessions of the first prime minister of Armenia were revealed. In his 1923 address to the party convention, he confessed that the Armenians had created a dense atmosphere of illusion in their minds. And that the struggle (that) had begun decades ago against the Turkish government brought about the deportation of the Armenian people in Turkey. Katchznouni’s conclusions were supported by Louise Nalbandian’s 1963 book The Armenian Revolutionary Movement (ARF), pages 67-89. The Zeitun Rebellion of 1862 was the beginning of massive uprisings. In Episode 54, the third massive confession was explored; the one by the Armenian author Kapriel Serope Papazian in his book “Patriotism Perverted,” revealing the hate crimes of the ARF or Dashnakzoutune. Papazian’s book, exposes the true nature of the Dashnaks as murderous ones who have caused much destruction Armenians and non-Armenians alike. He maintains that by committing senseless violence against Muslims, the ARF deliberately exposed innocent Armenians to retaliatory massacres. Aggravated by the ARF’s culture of profiteering and corruption, famine and disease claimed the lives of hundreds of thousands of Armenians in the Armenia from 1914 to 1920. In Episode 55, perhaps the most shocking of all Armenian confessions was introduced; the one by the ARF in their book called Houshamatyan of the ARF, Centennial, Volume I, published in Glendale in 2006. In it, the ARF boasts how great fighters Armenians were, where they smuggled arms into the Ottoman Empire, how they attacked and murdered Turks, and more. A far cry from the “poor, starving, unarmed, loyal Armenians” cliché, isn’t it? This might explain why the Armenians archives of the period are closed to public to this day. Turkish archives, on the other hand, are wide open since mid-1980s in their purpose-built modern campus in Istanbul. This brings the first question to mind: If the Armenians are so right in their long-discredited political claim of genocide, why would they not open their archives to the world, like Turks did? What are Armenians afraid of? The title itself is a dead giveaway: Epic Battles, 1890-1914. Epic battles? Whatever happened to loyal, unarmed, non-combatant, angelic Armenians? Didn’t the Turks systematically exterminate all unarmed, noncombatant, loyal Armenians? Apparently, there is another side to the Turkish-Armenian conflict that went untold. And, ironically, ARF itself is doing the telling. This book is dedicated to the Armenian youth with more fighting words. Armenian leaders seem to have two sets of books: one for promoting the “starving, unarmed, non-combatant, loyal, angelic Armenians” myth for public consumption, and another for to indoctrinate the Armenian youth with epic-battle stories. If you can understand this hypocrisy, then you can understand the Armenian psyche and their bogus genocide claims. Apparently, the editorial staff intended to produce two more volumes, The Battle for Survival and The Battle for Arminianism. Either they failed to publish them, or I failed to penetrate their secret distribution network to buy them. Dashnak historian, Hratch Dasnabedian, the author of the book “History of the ARF, Dashnaksutiun (1890-1924), tries to excuse ARF’s terrorism on page 47. He says that ARF’s ‘terrorist’ activity t from 1892 to 1896 when the ARF assassinated Armenians who served the Sultan must be viewed in the light that Istanbul was a very important theater of activities and propaganda. Another Armenian historian, Louise Nalbandian, echoed this in her book Armenian Revolutionary Movement: “…(The ARF) program of 1892 officially sanctioned terrorism as a method of activity.” The American General Harbord, who was sent to the Caucasus by the Peace Conference in 1919, commented in his “Report on Russian Armenia,” stated that it was probable that the ARF still employs terroristic methods. ARF, of course calls its terrorists “freedom fighters.” Former president Ronald Reagan had a good response to that in his 1986 Radio Address to the Nation: “Freedom fighters do not need to terrorize a population into submission.” ARF threatened, harassed, abducted, tortured, and murdered Armenians who refused to support ARF. ARF also killed 518,000 defenseless Muslim Ottomans, mostly Turks. All of this went untold in the West because of anti-Turkism, islamophobia, and orientalism. 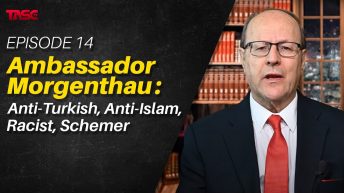 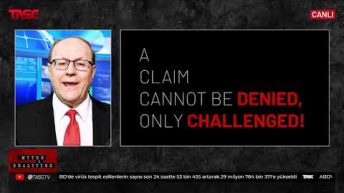 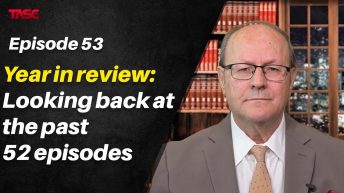