The two delegations first outbid each other, then merged, and the joint Armenian delegation made wild territorial claims. They claimed not only the “six vilayets” of Van, Bitlis, Diyarbekir, Harput, Sivas, and Erzurum (where the Armenians had never in history had a majority), but also Trabzon, Karabagh, Zangezur, large parts of Georgia, and Cilicia. A vast patch of land stretching from the Black Sea to the Mediterranean.

The problem was, that the Armenians would only constitute a small minority in those vast lands, less than 15%. Thus, Armenian demands boiled down to apartheid. If the Allies gave the Armenians those lands, the polity created would be the first apartheid of the 20th Century. Not that the Allies seemed to care. Nubar sent this letter to the French Foreign Minister, Stephen Pichon which was received in the French Foreign Office on December 3rd, 1918. The significance of this letter is that it sums up why the Ottomans, who were fighting for survival against brutal foreign invasions on five fronts while also combatting a widespread Armenian armed rebellion at home, had to relocate the traitorous segment of the Ottoman-Armenian population out of the war zones in defense of the Turkish homeland.

Nubar wrote: “…I have the honor, in the name of the Armenian National Delegation, of submitting to Your Excellency the following declaration, at the same time reminding him: That the Armenians have been, since the beginning of the war, “de facto belligerents,” as you yourself have acknowledged, since they have fought alongside the Allies on all fronts, enduring heavy sacrifices and great suffering, for the sake of their unshakeable attachment to the cause of the Entente… In Palestine and Syria, where the Armenian volunteers, recruited by the National Delegation at the request of the government of the Republic (of France) itself, made up more than half of the French contingent and played a large role in the victory of General Allenby, as he himself and his French chiefs have officially declared. In the Caucasus, where, without mentioning the 150,000 Armenians in the Imperial Russian Army, more than 40,000 of (Armenian) volunteers contributed to the liberation of a portion of the Armenian vilayets, and where, under the command of their leaders, Antranik and Nazerbekoff, they, alone among the peoples of the Caucasus, offered resistance to the Turkish armies, from the beginning of the Bolshevist withdrawal right up to the signing of an armistice.” Nubar clearly confesses that the Armenians had been “de facto belligerents.”

Nubar articulates nothing less than a full confession about Armenian rebellions, systematic violence, supreme treason, territorial demands, and more. This letter should make any honest truth-seeker think twice before s/he concludes that the Armenians were innocent victims. Here is part of that letter, “…[T]he names of Armenia is not on the list of the nations admitted to the Peace Conference. Our sorrow and our disappointment are deep beyond expression…[E]ver since the beginning of the war the Armenians fought by the side of the Allies on all fronts…The Armenians have been belligerents de facto, since they indignantly refused to side with Turkey. Our volunteers fought in the French ‘Legion Entrangere’ and covered themselves with glory. In the ‘Legion d’Orient’ they numbered over 5,000 and made up more than half the French contingent in Syria and Palestine, which took part in the decisive victory of General Allenby. In the Caucasus, without mentioning the 150,000 Armenians in the Russian armies, about 50,000 Armenian volunteers under Andranik, Nazarbekoff, and others not only fought for four years for the cause of the Entente but after the breakdown of Russia they were the only forces in the Caucasus to resist the advance of the Turks, whom they held in check until the armistice was signed… 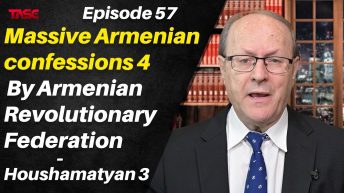 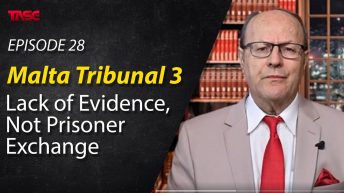 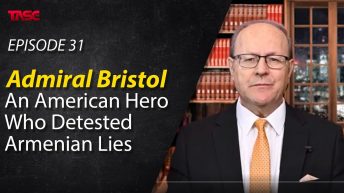