The hate crimes committed by Armenians in Los Angeles in the past 48 years include the assassination of three Turkish diplomats, assault and battery of peaceful Azerbaijani demonstrators on Wilshire last July, the violent attack at Istanbul Café last November, and many others. In spite of all this, the Armenian lobby was able to coerce the LAUSD Board in 2020 to adopt two resolutions. Res-008-20/21 and Res-010-20/21 serve to observe April 24 as an official school holiday. The members of the Turkic-American community in Los Angeles (Turks, Azerbaijanis, Uzbeks, Kazaks, Turkmens, Kirgiz, Uygur, Turkish Cypriots, and many others) are deeply concerned about the safety of their children. Turkic-American parents fear that 24 April Holiday will embolden some Armenian extremists to bully, intimidate, and terrorize Turkic-American children even more. LAUSD decision is wrong from many other aspects. A formidable array of prominent historians dispute the Armenian allegations of genocide, which are based on a racist and dishonest reading of history. It is wrong historically and wrong legally. The US Court of Appeals for the 9th Circuit struck down twice, in 2009 and 2012, as unconstitutional, two pro-Armenian Genocide laws that the Armenian lobby rammed through Sacramento. But perhaps the most lethal blow to the Armenian claims came from the highest court in Europe, the European Court of Human Rights, which ruled on October 15, 2015, that Armenian genocide is an opinion, not a court-proven fact. As such it can be rejected and that would be an exercise in free speech, not hate speech. LAUSD Board never contacted the Turkic community and paid only lip service to responsible opposing views. They waived rules 72 & 73 illegally; took Armenian claims at face value; and despite court verdicts to the contrary, recognized Armenian claims as settled History. The LAUSD now will be teaching a proven fallacy as the whole truth and fan the flames of hatred directed at Turkic children. Thus, the LAUSD Board failed on all fronts: History scholarship, legal precedents, democracy, safety, equality, fiduciary, and more. Why is all this? Why go through the loop to appease an aggressive, dishonest, greedy, and racist Armenian lobby? Is it really worth it? Recognizing a long-discredited political claim as genocide will not contribute to peace efforts in the Caucasus, Turkey, USA, and elsewhere. The LAUSD Board should reconsider and rescind those two resolutions and give peace a chance. Teach the children well. 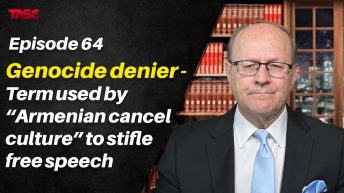 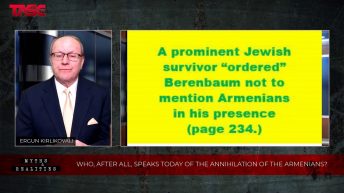 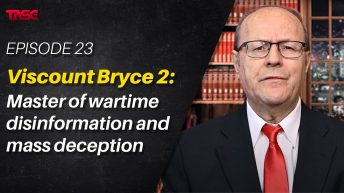